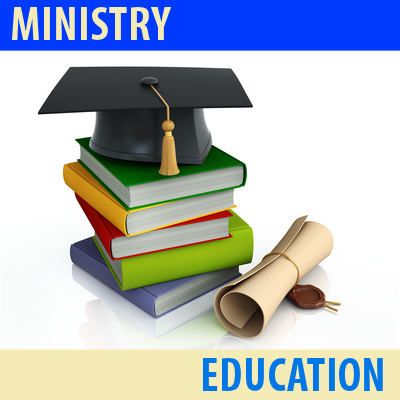 Just the other day I heard it again, another aspiring young minister discussing the difference between online verses on campus instruction. This wasn’t a random thing. I’m around a lot of budding pastors and ministers and this discussion comes up often. Many of the discussions center on what it’s like to take an online class, particularly for those who have never taken one. Comparisons are made and discussed but only occasionally do I hear the most obvious factors that set apart these two approaches: the extra time and costs associated with both outside of tuition and travel.

Now, I’m no mathematician, but I started wondering how much money, and how much time could be saved in an online program opposed to a traditional brick and mortar approach. While it had often occurred to me that there are definite and significant savings in both areas, I simply never did the math. To give a little background on myself, I attended Liberty University for my undergraduate degree and found the challenges of being an on-campus student quite steep. I was a young married student and “going to college” required me to leave my thriving youth ministry position, find a place of residence in a city some 13 hours away from my home, find part-time work, and be in classes at the appointed times. While I’m grateful for the education I received, the cost of my education was far more than tuition. Time away from extended family, leaving a thriving ministry, and living on a part-time wage while attending school full time took its toll on me. Since having completed three more degrees through online formats, I may have an advantaged viewpoint for some comparison. So, just for fun, I started to run some numbers simply based on my situation.

In my seminary, the Master of Divinity (M.Div.) degree is 76 hours; some M.Div. programs in other schools are in the 90+ range. For my example, I’ll use the lower 76-hour program. The courses run in 16 weeks a semester broken into two eight-week quarters. Each course offered was four credit hours. For my investigation, I decided to use an analysis of cost based on having Tuesday/Thursday classes, or attending class two times per week. Sixteen-week semesters over three years equal 96 sessions. That is 192 trips to class and home. The government allowance for mileage for tax purposes takes into account, wear and tear, maintenance, and fuel. The current allowance is 57.5¢ per mile.

With this information, I calculated the actual costs for me to attend the closest acceptable seminaries to where I lived at the time. Living in Lakeland, Florida, I had the choice of taking classes in either Tampa or Orlando where seminaries had set up extension sites. From Lakeland to Orlando is 49 miles. The distance from Lakeland to Tampa is 32 miles (The Orlando seminary was my first choice). In either case, the Florida traffic can be horrific, and while distance is one thing, travel time is often greatly increased as a result. Still, based on the raw mileage, my costs associated with travel alone would be as follows. Travel costs to attend Seminary in Tampa = $7,065.60. Travel costs to attend Seminary in Orlando = $10,819.20. Estimated travel to time to Orlando is approximately 1 hour from Lakeland assuming the traffic is good, so 192 trips 1 way would be about 384 hours of travel time counting to and from. That’s more than a two-week vacation’s worth of time. The estimated travel time to Tampa is about 39 minutes with a cumulative travel time of 250 hours approximately (again assuming no traffic issues). After seeing these numbers, the reality of savings of money and time became more than an unanswered question; these are cold, hard facts. If I had to choose between spending another ten thousand dollars and 384 hours in my car, or use that time and money for family, ministry, and the stuff of life, it’s a no brainer!

My personal experience in my seminary training is that I received an excellent education that helped to fully prepare me for my ministry role. With the opportunity to compare against my on-campus undergraduate degree, I can honestly say that an online degree lacks nothing in the educational, relational, and preparation phases for ministry. While the debate may rage on over which approach is right for each individual, to me, an online education is the most cost effective way, it just makes dollars and sense!

About the Guest Writer: Having planted and led churches in Florida, Colorado, and North Carolina, Dr. Bartlett is now the Consulting Pastor for one of the largest and most influential churches in Nairobi, Kenya. The ministry known in Kenya as Christ Is The Answer Ministries (CITAM) has launched a planting effort in the USA under Dr. Bartlett’s leadership in the Washington, DC area with a view of planting numerous assemblies across America.