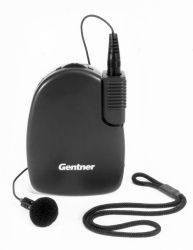 Digital assisted listening systems essentially convert an incoming signal into a long series of numbers.  This is called the “digital code” thus we have the term “digital”.  Once the signal has been digitized, the code is then able to be processed by the assisted listening system in a very complex and sophisticated manner.  This allows for several enhancements to take place that are not really possible with analog systems.  These include various abilities to employ noise reduction technologies which can include eliminating feedback with cancellation features, avoiding all whistling tendencies that can be prevalent, and other aspects that analog systems simply are not able to perform.

Analog assisted listening systems on the other hand employ no conversion of the signal, but rather provide an “analogous” signal (consistent and identical to the signal produced).  The assisted listening system is still able to modify this signal in that it can amplify it, filter some aspects from it, and essentially carry out basic functions that analog technology is characterized by while not being able to carry out the sophisticated functions that digital technology allows.

The reality is that in a similar manner that other market segments have moved to digital from analog (cell phones, televisions, sound recordings, etc.) the assisted listening industry has done the same.  And as time has gone on, the pricing differences between digital and analog has greatly narrowed.  Digital systems are still more expensive than analog systems overall but given the current trend, we expect this gap to continue to decrease.  In fact, some foresee that as analog systems become rarer and rarer, the cost of repair and for parts will likely make analog systems more expensive over the long haul.

At Assisted Listening for Churches, we carry both analog systems and digital systems.  We would love to assist your church.  Please feel free to contact us to get started!